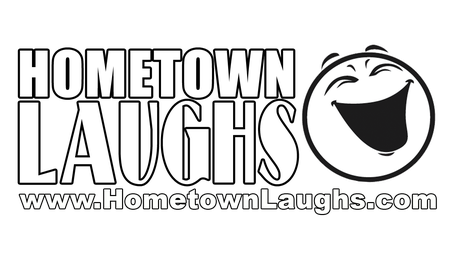 Home
About
Get There
Tickets

By Hometown Laughs LLC (other events)

Tickets are only $20 for this special, one night only, event!

Killer Beaz is currently guest starring in his fourth season of the Discovery Channel’s hit series, “Moonshiners”, touring the country, performing on the high seas, and about to release an upcoming video series of clean comedy, “Killer Beaz PRESENTS” featuring the standup of Beaz and outstanding comics handpicked from all over the country. With many thousands of radio, television and stage appearances, Beaz has been entertaining audiences for over three decades and is an award winning artist, who has been signed with both Sony and Warner Bros Records.

Killer Beaz has become a familiar, beloved performer to millions of comedy fans nationwide. Beaz delivers a high-energy, edgy, and “everyman” style humor that appeals to a wide audience from Anchorage, Alaska to Miami, Florida.

A gifted storyteller, with tons of punch lines, his shows are fast paced Beaz’s quick wit and mastery of the ad-lib ensure that at his shows, anything can happen. It’s easy to see that Beaz is in love with his art form. With thousands of national radio, television, and stage appearances, Beaz is a familiar face of comedy. As a favorite guest of several nationally syndicated radio shows, Beaz entertains millions of his fans on a regular basis.

Beaz delivers a high- proof, high-energy, edgy, and “everyman” style humor that appeals to any audience. See him on television, hear him on the radio, see his stage performance live...you'll be "Stung for Life!" Rolling Stone Magazine says “Beaz is ‘Killer!’”, and USA Today calls Beaz “A Star Rising in the South!” For more information on Killer Beaz go to www.killerbeaz.com

other events by this organization